The Rule of Benedict

In his Rule for monks Benedict uses the image of a soldier of Christ, or militia Christi. It’s meaning and use have evolved over time as Aquinata Bockmann recalls. (Aquinata is a member of the Benedictine Missionary Sisters from Germany. She is a leading expert on the Rule of Benedict):

In older editions of the rule we often find militia translated as “military service” and militare as “to fight”. Formerly, people saw military service in a more 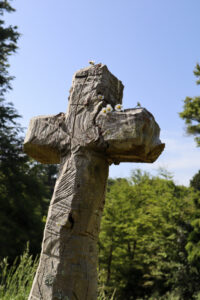 positive light. Benedict’s community was considered a “castle” in which a Roman camp was continued in a spiritual form, a “spiritual barracks.” It was said that the Rule resounded with a “clang of invisible weapons,” and there was talk of “military discipline.” The Rule was called a manual for spiritual warfare. Herwegen compared the “meditare” of the novices with the exercise of fighting troops and the promise of profession with the Roman oath of allegiance to the flag.

In the ancient church the word militia was generally used to describe the task of the Christian. Martyrdom was a special form of this militia Christi. Christ, in contrast to the emperor, was represented as the true king of Christians. After the persecutions, baptism was viewed as entering Christ’s militia. The Christian “soldier’s” weapons are prayer, fasting, and good works. After the fourth century, the word lost its connotation of fighting. It was even used for people employed in the king’s service. Christian life generally was seen as militia Christi, the struggle against powers opposed to Christ, a battle for acquiring virtue, but still more, service of the true King.

Thus it is also used for monastics. In the beginning the emphasis was on fighting demons, later the acquiring of virtue was stressed more, and then the idea of Christ the King was central. The Admonitio ad filium spiritualem of Ps Basil has a first chapter on the spiritual militia. The true Christian is compared to a soldier. These main elements were stressed: obedience, preparedness, struggle against the devil with spiritual weapons, acceptance of the Lord’s yoke by a prompt decision, and focusing on Christ, the Lord. In Benedict’s time the word militia meant service.

Benedict probably takes his orientation from the Bible rather than from military models. In biblical lands the image of spiritual warfare arose as counteracting the military duty of the time. The Sermon on the Mount demands renunciation of force, nonviolence. Christians found themselves marginalised in their society. Wars were interpreted as apocalyptical signs or as punishment from God (Mark 13:14-20). In using the image of military service, Paul seems to say, “Our military service is not there, but on an entirely different field.” He used the image of the “breastplate of faith,” of the “helmet that is hope for salvation” (1 Thess 5:8-9), of being girded with truth, of the breastplate of justice, and the sword of the Spirit that is the Word of God. One concrete form of this service is to be always alert and vigilant in prayer (Ep 6:10-20), like a soldier standing guard. Christians share in a military duty by being sober and vigilant in awaiting the coming of the Lord. Monastic life was greatly influenced by the word of Paul in 2 Timothy 2:3-5: “Bear your hardship along with me like a good soldier of Christ Jesus. To satisfy the one who recruited him, a soldier does not become entangled in the business affairs of life. Similarly, an athlete cannot receive the winner’s crown except by competing according to the rules.” Paul often speaks of weapons: Weapons of justice (Rom 6:13), weapons of light (Rom 13:13), weapons that are not the flesh (2 Cor 10:4). Christians living during the times of persecution and messengers of the Gospel needed to be clear and decisive, ready to commit themselves fully.

By comparing the Rule of Benedict with the Rule of the Master and other monastic texts, we note that the military vocabulary diminishes in the Rule of Benedict. The Master says more about the battle against the devil and about struggle in the cenobitic community. Benedict is more concerned about the positive goal. Like the Master, he uses three texts: Pro 40, preparing heart and body for the service of obedience (oboedientiae militanda); 1.2, cenobites serve (militant) under a rule and an abbot; and 2.20, all render the same military service (aequalem servitutis militiam baiulamus). Here already the militant accent is weak. Benedict used the word three more times in the texts proper to him: Pro 3, serving Christ the true King with the weapons of obedience; 58.10, beholding “the law under which you serve” (Rule); 61.10, all serving the same king. In all these texts it is not fighting against external foes, the devil, or vices that is primary, but rather the personal relationship with the king, Christ, who unites the monastics as a community and makes them one (2.20), without class distinctions (61.10). Obedience is usually indicated as the content of the service. Cenobites serve under a rule and an abbot. Obedience, community, Christ, these are the three accents of Benedict in using military terms.

By contrast, it is interesting that he uses fighting terms in describing the hermits. In 1.4-5: “trained by the help of many others, they learned to fight (pugnare) the devil, and now, well instructed in the community, they are able to fight in single combat, without the help of others, with their own arm against the evils of the flesh and of thought.

For Benedict, militare comes to mean “serving in community, in obedience.” The engagement for Christ is emphasized rather than the battle against negative forces. This applies also today in the various forms of struggling for justice and solidarity.

(This essay is taken from “Perspectives on the Rule of Saint Benedict” by Aquinata Bockmann.)

The term cenobite refers to a monk who lives in a monastery, under an abbot and a rule. Cenobium is another term for monastery.

The Rule of Saint Benedict Online

From the Constitutions and Statutes of the Cistercian Order, Preface 3: “The General Chapter… reaffirmed the Order’s commitment to the Rule of Saint Benedict as its traditional interpretation of the Gospel and gave guidelines for the faithful observance of this Rule in the changed conditions of the world… The General Chapter made a distinction between the orientation and fundamental observances of the Rule… and those details that can be modified according to local circumstances.” 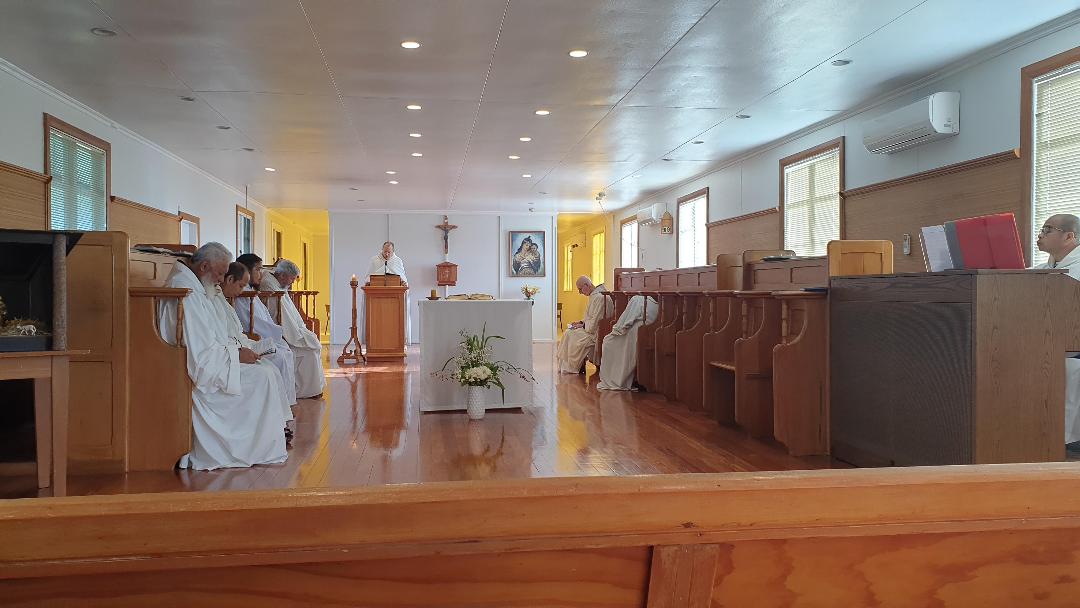